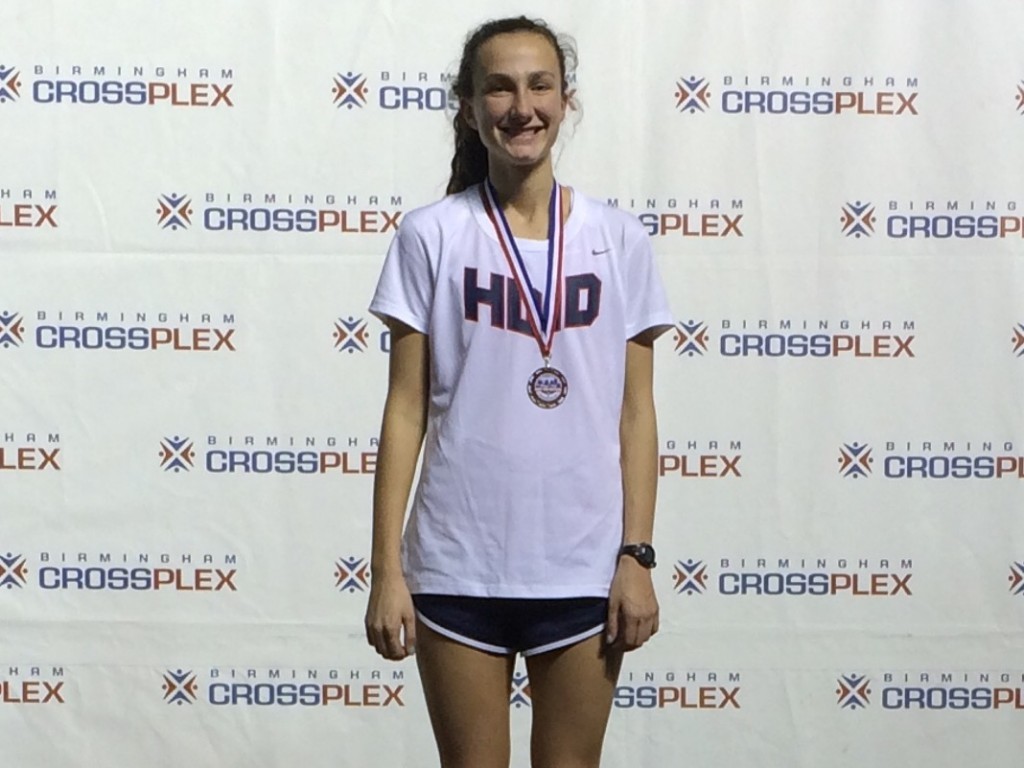 The girls track and field team started the indoor season with some tremendous performances at the Magic City Invitational at the Birmingham Crossplex.  The Homewood distance runners took the weekend off since cross country season ended less than a month ago, but the sprinters and jumpers still got the job done.  The girls were the first 6A team and 3rd overall in the 6A-7A division and beat great teams, including top contenders for the State Championships in February, Northridge and Pelham.  The Homewood girls team has won two outdoor titles in a row but have finished runner-up the last three years during the indoor season.

The girls team was led by an amazing performance in the high jump from Caroline Lawrence who jumped 5-4 and broke both the meet record and the school record.  Also, the girls 4x200m relay team barely missed the school record and ran a blazing 1:45.26.  The relay team consisted of Elysa Griffin, Jasmine Griffin, Christian Hill, and Ann Mosely Whitsett.  All four of them also scored in their other events, and freshman Aiya Finch had impressive performances in both the the long jump and triple jump to score points for the Patriots.  Elysa Griffin won the long jump with a jump of 17-6.  For the boys, Patrick Domingo had a solid day by placing 3rd in the 60m hurdles, and he also scored points in the high jump.  Stephon May, a freshman, also had a great debut and earned points in the high jump.