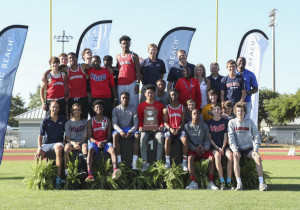 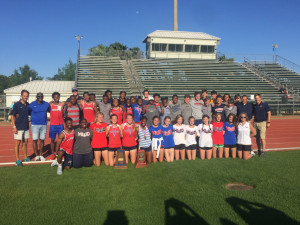 Will Stone, Jackson White, and Paul Selden led the boys team and all earned All-State honors.  Will Stone finished off his outstanding year by placing 2nd in the 3200m, 3rd in the 1600m, and 6th in the 800m.  Jackson White completed his impressive career with Homewood by finishing 2nd in the pole vault with a jump of 14 feet, which tied his personal best.  White also finished 4th in javelin after breaking the school record in the event earlier in the year.  Paul Selden also capped off a stellar career by placing 3rd in the 3200m and 5th in the 1600m.  The 4x800m relay team (Pierce Jackson, Paul Selden, Brady Cassell, Will Stone) earned All-State honors by finishing 2nd.

Here is the full list of those who were individual/relay state champions, All-State performers, and point scorers.