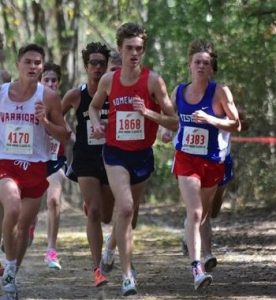 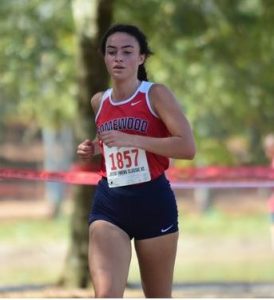 With the beginning of October every year comes the Jesse Owens Classic, and this year the Patriots produced some great times and performances leading to some overall team performances that were among the best in the state. The boys were lead by Crawford Hope (15:31) with a second place finish and continued their strong performances rounding out the team scoring runners with Jon Fielding Stogner (7th – 15:58), Jackson Merrell (9th – 16:06), Sam Gray (43rd – 16:52), and Carson Bedics (68th – 17:17). With these performances, the boys won the Gold Championship Race which included 30 teams from Alabama, Georgia, Tennessee, and Mississippi. This is the first time that Homewood has won the Championship Race at the Jesse Owens Classic. The girls team were led by Lainey Phelps (4th – 17:54), Celie Jackson (34th – 19:57), Marin Poleshek (38th – 19:59), Zoe Nichols (57th – 20:40), and Laura Kemper (82nd – 21:04). These performances led the girls to a third place finish, but the first 6A team only behind Auburn High School and McIntosh High School (Georgia).

The Homewood Patriots will compete again this upcoming weekend at the Coach Woods Invitational at the McIntosh Preserve Park in Georgia. This meet routinely hosts some of the top cross country teams in the southeast. 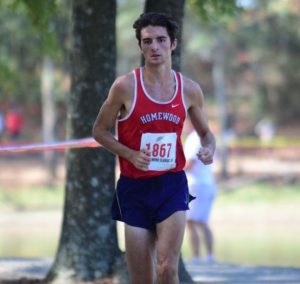