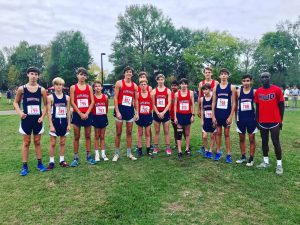 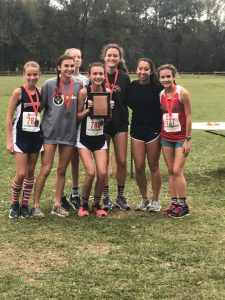 The Homewood Cross Country Teams started their post-season this past week in strong fashion. Both the Girls and Boys JV teams wrapped up their season by competing on Tuesday 10/29/19 at the JV Championships at Veterans Park in Alabaster. The JV Championships hosted by Thompson High School consists of runners from all classifications in the metro area competing against one another. This race for many teams also boasts several middle school athletes who have been pulled up to run with the high school teams after their season ended the week prior. The girls team placed second overall behind 7A Mountain Brook. The girls were led by 8th grader Caroline Wilder (21:07). She was followed closely by teammates Sarah Derriso, Camille Etheridge, Alex Steltenpohl, and Sophia Forrestall to round out the team scoring narrowly falling behind Mountain Brook and beating the third place team by close to 50 points. The boys placed seventh overall, but were the first 6A school. The boys were led by seventh grader Colvin Bussey (18:45). The boys team scorers included Adonijah Kaplelach, Braxton McClusky, Foster Laird, and James Ivey. 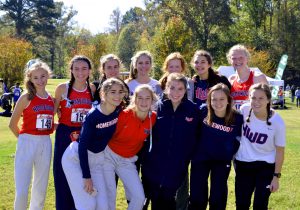 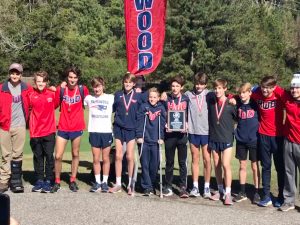