Congratulations to Jordan Sims (HHS Class of 2014) on being named to the AL.com High School Football Team of the Decade! In high school, Sims was named a U.S. Army All-American, made the MaxPreps Medium Schools All-America 2nd Team, and was an ESPN 4-star recruit. After graduation, he continued his football career at Ole Miss where he appeared in 47 career games. We are proud to call him a Patriot! 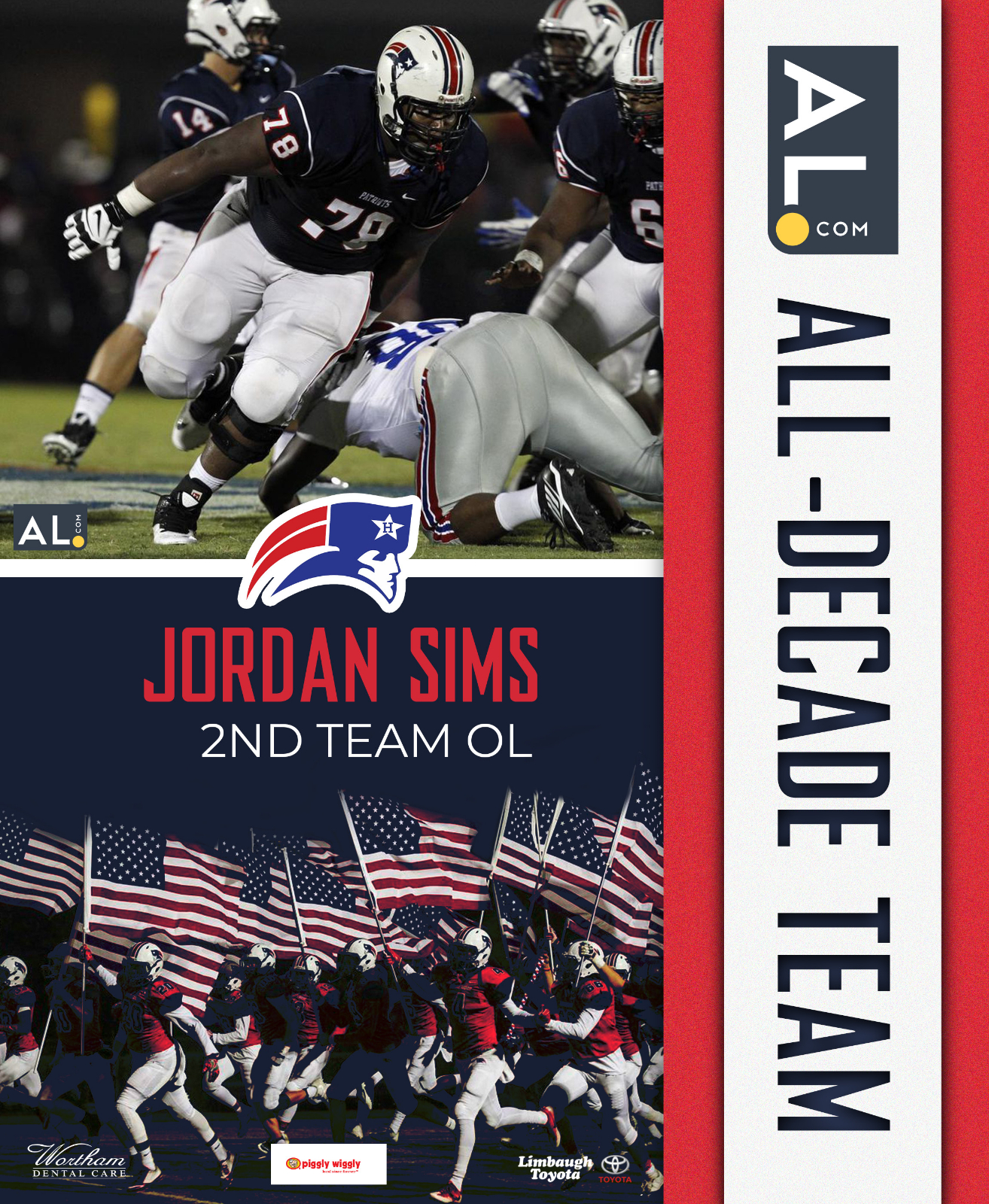