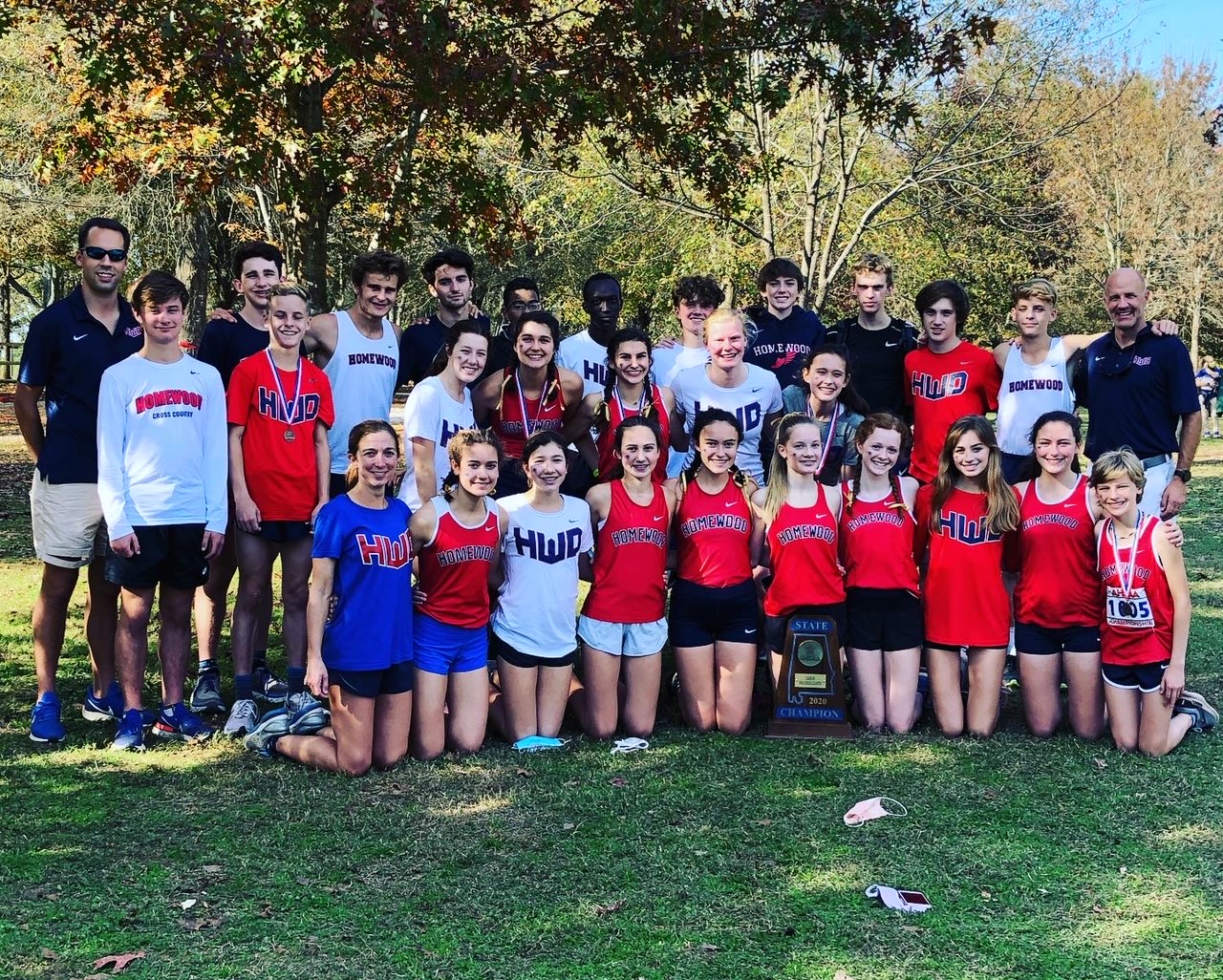 Homewood Cross Country Teams competed hard all through the post-season. The postseason started with JV Championships on Monday November 2nd at Veterans Park in Alabaster, AL. At the meet both teams, consisting of both middle school and high school athletes, put it all on the line and gave it their all. The boys finished third overall, behind two 7A schools of Hoover and Hewitt-Trussville, and the girls finished first overall. Both teams had tremendous seasons and look forward to the young talent working hard in the coming years to be a part of the varsity teams at sectionals and state.

The following Thursday, November 5th, the top ten varsity girls and boys competed at the 6A sectionals meet at Veterans Park in Hoover, AL, where they were running to qualify for the state meet. The girls team, led by Marin Poleshek, ran some of their best times of the season on this very challenging course in order to finish just one point behind 6A rival Mountain Brook. The boys ran extremely well also as they were led by Crawford Hope, who also was the overall winner of the race, and helped to bring them a second place finish behind Mountain Brook as well. Both teams with their second place finishes qualified for the state championship meet that would be held at Jesse Owens Running Park and Oakville Indian Mounds in Moulton, AL on Saturday November 14th. 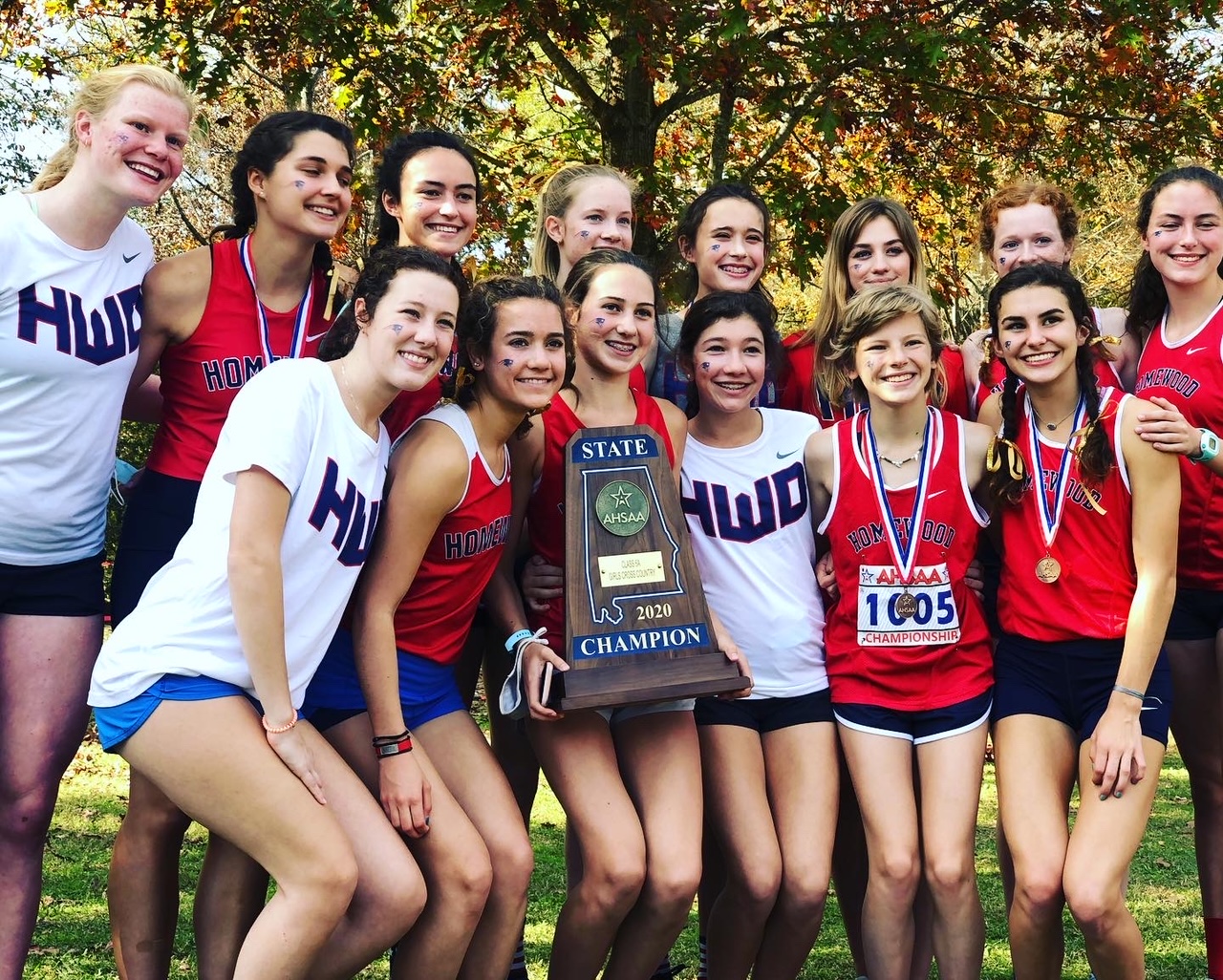 This past Saturday was the culmination to a long season that had been trying and unique to say the least with everything that the athletes had to face between the pandemic, battling injuries, and a season where running begins early in the summer. Both teams were ready to put their feet to the line and battle it out for 3.1 miles against some of the toughest competition in the state and one of the largest amount of competitors out of all classifications. The girls had a tough battle on their hand, but did not let it get the best of them. From the gun, they took off and competed as a team for the whole race from start line to finish line. They knew their plan and ran their best race as a team for the season when it mattered the most. The girls were led by Emma Brooke Levering (7th), followed by Marin Poleshek (9th), Caroline Wilder (12th), Camille Etheridge (15th), and Sydney Dobbins (16th) rounding out the top five athletes who would score for the overall team total. The other girls rounding out the team included Sarah Kemper, Victoria Thompson, Sophia Forrestall, Alex Steltenpohl, and Sarah Derriso. With a combined team total of 59, the girls edged out Mountain Brook (68) for the overall win and the State Championship! The boys toed the line against some talented teams and some of the toughest competition in the state and the nation. The boys were led by Crawford Hope (7th) and Grayton Murray (14th) who both earned All-State honors, and the next three that rounded out the top five scorers for the boys included Ivan Pichardo-Njenga (22nd), Ben Murray (23rd), and Andrew Laird (24th). The other boys who contributed to the state team and ran as a part of the top ten included Jack Harchelroad, Graham Miner, Jack Freeman, Cole Bedics, and Adonijah Kaplelach. With a combined team total of 85, the boys placed third overall behind Scottsboro (1st) and Mountain Brook (2nd). 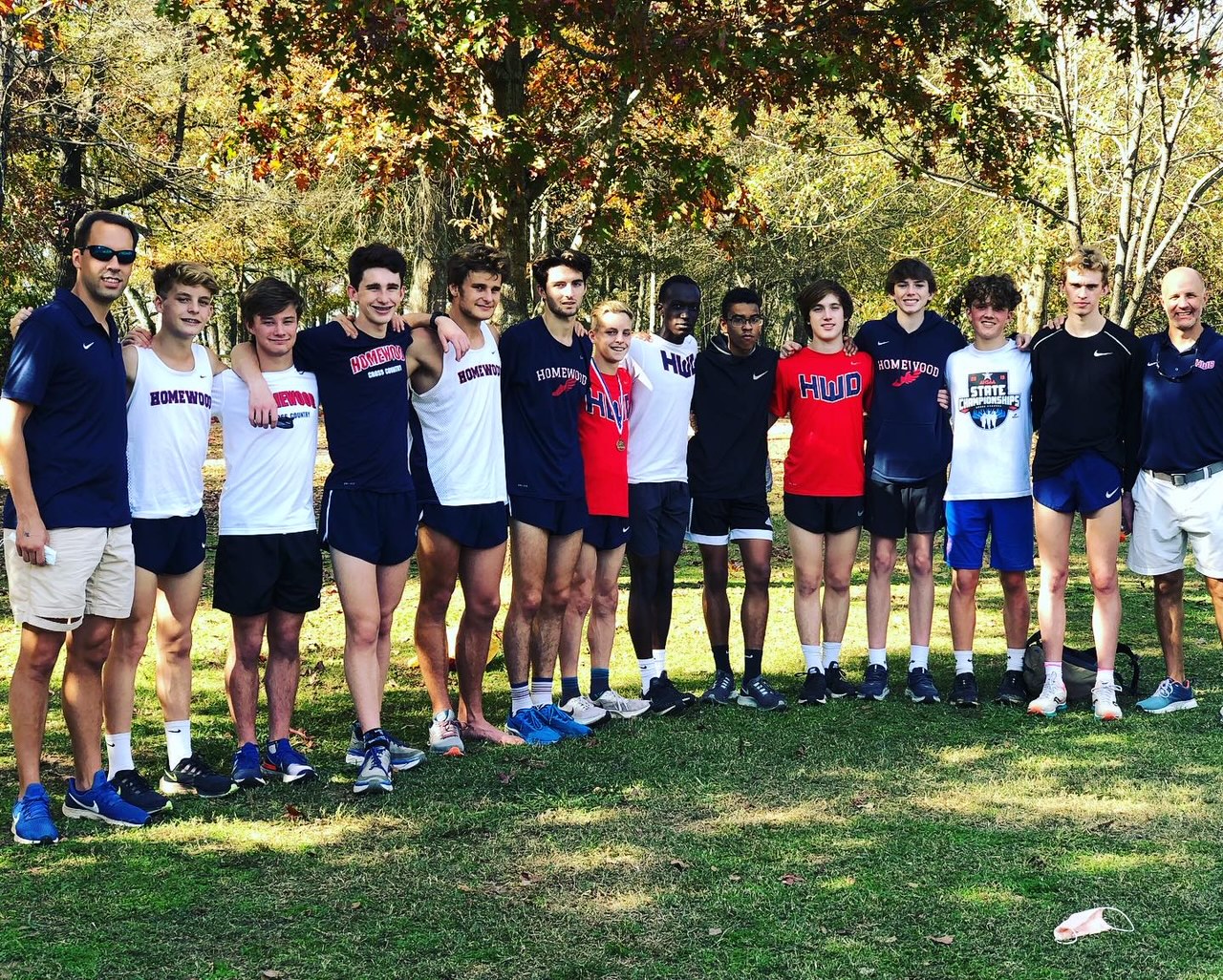