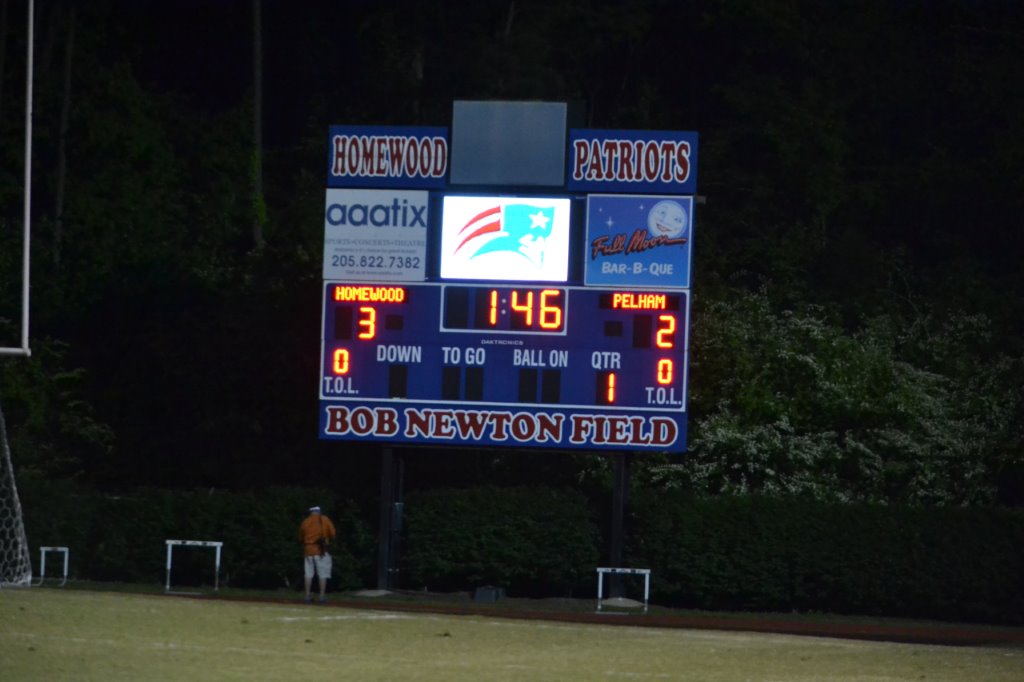 Saturday night’s first round HHS Boys’ Soccer playoff game was a spirited rematch between two Birmingham metro rivals. Homewood emerged victorious and will continue in the playoffs to face Northridge (Tuscaloosa) on Tuesday, May 1 at 7:00 PM at Waldrop Stadium.

In the first half, Abraham Jaimes scored the first goal, and Pelham equalized before half time. In the second half, Harrison Wingo brought the Patriots ahead, only to have Pelham surge back again with a goal of their own.

With the game tied two-all, the game went into golden goal overtime. Jake Henderson headed in a beautiful free kick from Harrison Wingo, sealing the victory for the Patriots!

Come out on Tuesday to cheer the boys on in the second round of playoffs! Go Patriots!