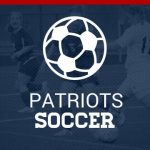 Congratulations to our 2015-2016 Girls Soccer teams! All of the girls who participated over the week of tryouts did an outstanding job and our hats are off to all of them. Keep playing the beautiful game!   Varsity Team Maddie Bald Mary Katherine Cleveland Mary Katherine Donaldson Rachel Donaldson Rollin Dwyer Anna Frierson Jessica Harbin 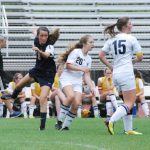 Congratulations to Anna Frierson for being named First Team All-State by the NSCAA. Anna represented Homewood with skill and class this season. A three-year starter, Anna captained the varsity squad and played brilliantly as a central mid-fielder. In addition to this honor, Anna also was selected to represent Homewood High School in the 2015 AHSAA

The Homewood Varsity Boys finished a sweep of Shades Valley in area play.  The Patriots outscored the Mounties 9-0 Tuesday night.  Jackson Lynn opened the scoring late in the first half after he put back a rebound off Gabe Cooper’s shot. Lynn then closed out the first half scoring on a corner kick from Cooper. 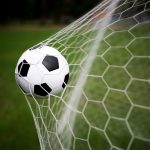 The Homewood women’s soccer team returned to the field on Tuesday after spring break to host Pelham. The girls didn’t waste much time, notching three goals against the Panthers in the first half. Senior striker Ellie Wood scored two of the goals while freshman Allie Harrington netted the third. The second half proved much like

The Homewood boys varsity soccer team traveled to Ft Payne for a rematch of last season’s state championship game.  The #1 ranked Wildcats (6A) took an early lead after putting back in a rebound from a corner kick.  Laughlin Ashe evened the score as he finished a cross from Jackson Lynn. This combo worked again 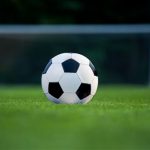 The Homewood girls JV soccer team took to the field Thursday afternoon, hosting the top-ranked (7A) Oak Mountain Eagles. The lady Patriots proved equal in every manner, engaging in a hard-fought battle from the very first whistle. Oak Mountain drew first blood seventeen minutes into the first half as a deflected near-post shot rolled into 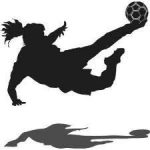 The Homewood girls varsity soccer team beat Calera Wednesday night by a score of 4-0. After a scoreless first half, the lady Patriots came out rolling and never looked back. Senior striker Ellie Wood score all four goals in the first twelve minutes, assisted by Junior Anna Frierson on three of the shots in a

Homewood’s varsity boys soccer team lost 2-0 in a hotly contested game at Vestavia.  The Patriots, led by goalkeeper Morgan Abney and defenders Roger Castro, Ryder Andrews, and Tommy Zadick, held the #1 ranked Rebels (7A) scoreless until 10 minutes to go in the game.  The Homewood defense finally broke on a long throw in

The Homewood Girls JV Soccer Team hosted the 7A Thompson Warriors on Tuesday night in what proved to be an incredibly high-paced and exciting match. Both teams came out firing on all cylinders, stringing together several chances in a very physical contest. In the 17th minute of the second half, the Patriots struck gold as 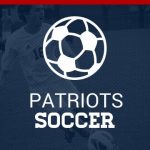 The girls varsity soccer team took the field on Monday in their first game of the 2015 Metro Tournament. Facing off against 7th ranked Thompson, the 7A Warriors took an early lead, netting two goals towards the middle of the first half. While the 6A Patriots had two one-on-one chances of their own, they couldn’t